The health benefits of cinnamon are still controversial because most studies were done using animal models. Further, much of the previous research did not mention the type of cinnamon used in the study. However, anecdotal evidence from different online sources shows positive reviews and recommendations.

As a spice, we can add cinnamon to almost any dish or warm drink. Being simple and versatile, it is easy to incorporate cinnamon into our diet. In addition, it is quite safe when use in small amounts –such as in foods such as a spice or as tea.

I am adding a dash of Ceylon cinnamon to my morning coffee because of the taste and to help manage my hormonal imbalance. Although I am not diabetic, PCOS can mess with how my body process sugar. After adding cinnamon, I felt less hungry. I am not sure if that’s because of cinnamon. But I really like the taste of coffee with cinnamon, especially after I stopped adding sugar.

Since my father was pre-diabetic, I gave him 50g of Ceylon cinnamon powder, which he can sprinkle on his morning tea. His blood sugar improved and he rarely gets sugar spikes. When he tried to increase the amount of cinnamon to 1 teaspoon, his blood pressure dropped from 120 to 110/80 by lunchtime. He had since stuck to sprinkling cinnamon only.

Note that I and my father used Ceylon Cinnamon. There are many types of cinnamon, and many of the previous studies have used cassia cinnamon. In terms of appearance, Ceylon Cinnamon has a thinner bark that rolls into quills. Cassia Cinnamon has a thicker bark that rolls on both ends. Also, Ceylon has a light golden brown color. Whereas cassia has a darker reddish-brown color. The ground version of Ceylon is softer and powdery, while Cassia is grainy and rough. When added to hot water, Ceylon would look and feel like a creamy deposit, while Cassia is gritty or feels like sand.

As per the taste, Ceylon cinnamon is more subtle and mild. There’s sweetness at first that turns warm and a bit spicy when taken as a powder. In contrast, Cassia may taste sweeter and spicier because it has higher cinnamaldehyde and coumarin. Depending on the origin and the species of the Cassia Cinnamon, it could be tasteless or it may have some bitter taste.

So, what’s in cinnamon? Why do many people swear by its effect? Can it really help or is it just another fad?

To answer this, we will focus on the nutritional value of Ceylon and Cassia cinnamon.

In general, the US Department of Agriculture states that one teaspoon or 2.6 grams of cinnamon powder has 6.42calories, 2.1 g of carbohydrates. 26.1 mg calcium, 11.2 mg potassium, and 1.56 mg magnesium. The difference is that one teaspoon of Cassia varieties has about 6.9 to 18 mg of coumarin. Since the tolerable intake of coumarin is only 0.1 mg per 1 kg body weight, it is therefore unsafe for children who weigh less than 7 kilograms.

Some of the health benefits of cinnamon are the following: 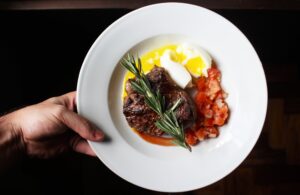 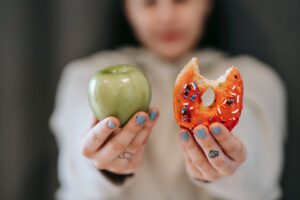 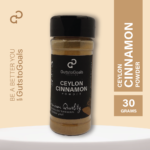 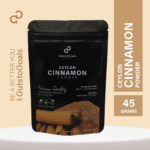 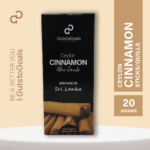 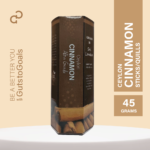