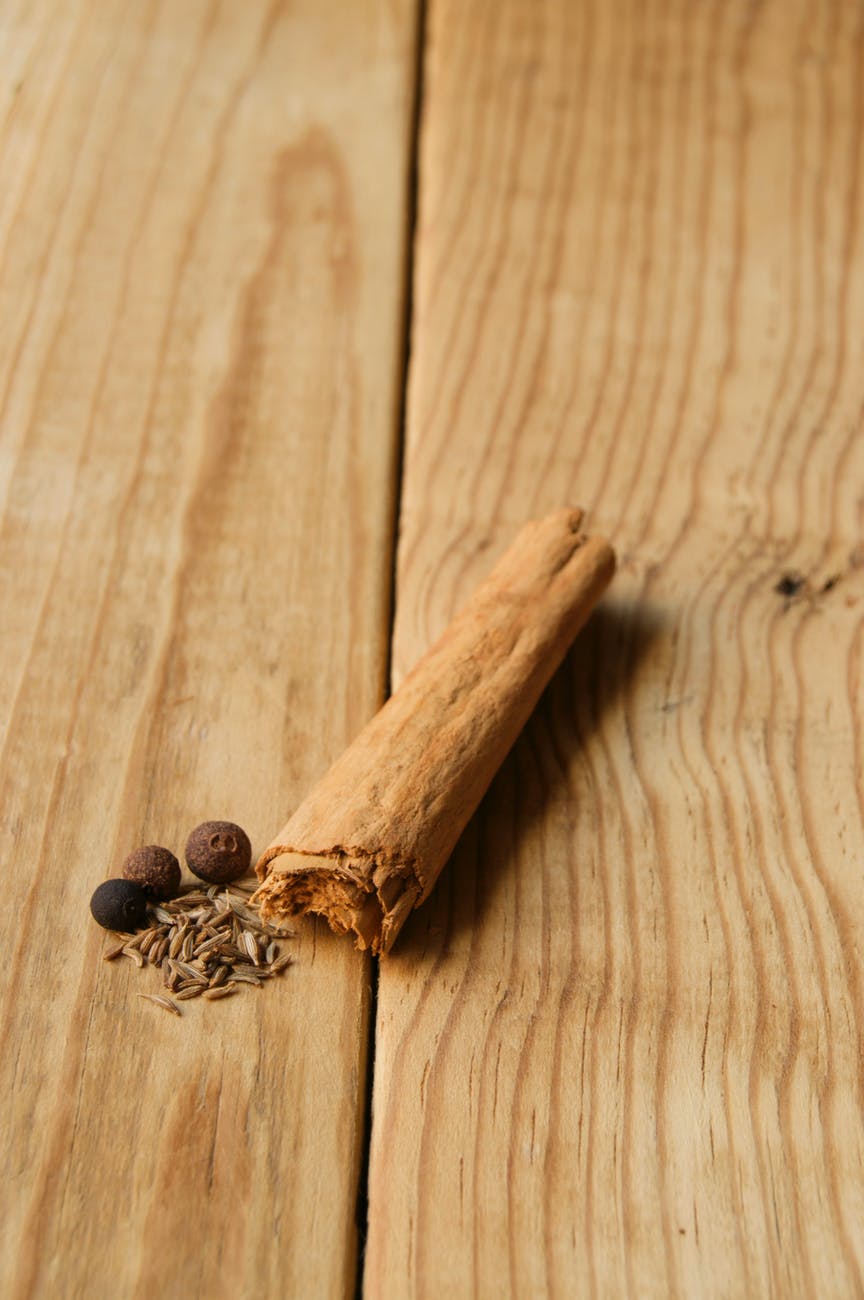 Are you using Ceylon Cinnamon or Cassia Cinnamon? What is the difference and why is it important for you to find out? We’ll compare the different types of cinnamon, so you will know what is the right one for you.

Cinnamon belongs to the family of Laurels. The cinnamon tree’s bark has been used for centuries for its aroma, flavor, and medicinal properties. Used in India, Sri Lanka, China, Egypt, Syria, and Myanmar, it became popular in Europe through the Silk Road and later Spice Trade. They include cinnamon in their recipes and as a painkiller, especially for women’s menstrual pain. In the middle ages, physicians used cinnamon mostly for cough, sore throats, and colds.

Cinnamon has an initial sweet taste that later feels warm and a bit spicy.

Basically, there are two types of cinnamon -true cinnamon and cassia cinnamon. Both are members of Cinnamomum group, known for being aromatic due to the presence of cinnamaldehyde. The largest producer of cinnamon in the past was Ceylon or current day Sri Lanka. After the Spice Trade era, other countries like South America started growing Cinnamomum Zeylanicum (same as Cinnamon Verum). The discovery of other varieties of cinnamon led to its wider use and lower price. Currently, the most common cinnamon found in grocery stores is Cassia Cinnamon. These have thicker bark and produce a rougher texture than Ceylon. However, they also have a stronger aroma and are suitable for adding flavor to pastries and dishes. Cassia cinnamon is typically cultivated and imported from China, Thailand, Vietnam, India, and Indonesia.

Among the different types of cinnamon, the Indonesian cassia, Padang cassia, or Korintje Cinnamon (same as Cinnamomum burmannii) is the sweetest. According to allrecipes.com, it is very common among North American households. It smells like Cinnabon rolls. The bark is not as thick and dark as Chinese cinnamon but it is not as thin as Ceylon. As per the taste, it is slightly sweet and spicy.

Known as gui pi or rou gui in China, Chinese cinnamon has a much thicker bark and coarser texture. Also, the outer bark is part of the cinnamon stick -unlike in Ceylon cinnamon. It is a popular spice to make savory dishes. In fact, it is one of the ingredients in the popular Chinese Five Spice powder. The flavor is warm with a sweet bitter note and earthy aftertaste

The India Cassia or Cinnamomum tamala is popular for its aromatic leaves or tejapatta, more than its bark. It is native to India and part of various culinary recipes. The bark is thick and reddish-brown. It has a bittersweet flavor and is highly aromatic. India Cassia is the most common source of cinnamon essential oil.

True Cinnamon refers to the powder or quill sticks from the inner bark of the Ceylon Cinnamon tree or Cinnamomum Zeylanicum. It has a softer powder than cassia-types because the inner bark is more brittle, thinner, and lighter. Since there is less coumarin and cinnamaldehyde in Ceylon cinnamon, it has a more subtle sweet flavor. Ceylon cinnamon is best for those who want to add cinnamon to their daily diet because it is less toxic to the liver. According to Lab results, Ceylon cinnamon only has 0.004% coumarin, compared to 1% coumarin in cassia.

Other Types of Cinnamon

There are more than 200 varieties of cinnamon around the world. Each one is aromatic and has medicinal value. However, many of these other varieties are not yet studied or commercialized. In the Philippines, you can find Cebu Cinnamon or Cinnamomum cebuense, locally known as Kalingag. It has a smoother outer bark than Cinnamomum mercadoi, a cinnamon tree that grows in the low-altitude forests of the Philippines. Since these varieties have thicker bark, we can assume that they are Cassia types.

There is another variety of cinnamon found in Mindanao (Cinnamomum mindanaense Elmer), locally known as Kami. It has an appearance and taste similar to Ceylon Cinnamon and was being traded already before the Philippines was colonized (1520s).

Is it Ceylon Cinnamon?

With all types of cinnamon in the market, it could be difficult to determine if what you bought is Ceylon or not. Typically, this is only a concern if you are suffering from liver disease or if you plan to consume cinnamon every day. As mentioned above, Ceylon Cinnamon is a safer and healthier choice. However, it may have less flavor than some types of cassia cinnamon.

Based on personal experience, it is very easy to determine Ceylon Cinnamon in their quill form or sticks. Apart from the light color and having several layers, the sticks break without much effort. So, how to tell if it is Ceylon Cinnamon powder? My suggestion is to add hot water and wait for the cinnamon to settle.

Note that Cinnamon comes from the bark of a tree. Therefore, it does not dissolve in water. Most Cassia cinnamon will remain grainy in the bottom. It’s probably because it is naturally rougher/coarser in texture and has a higher oil content.

Ceylon Cinnamon would usually turn gooey or slimy because it has higher fiber. Depending on how much you used and what is in your cup, it may not sit in the bottom right away. It is the same with how flaxseeds and chia seeds become slimy. So, it is safe to drink. If you find the slime unappealing, some recommend adding cinnamon to honey first before stirring it into your tea or coffee. Another way to avoid slime or cinnamon sludge is to use a filter or tea bag. Prepare it with your tea or coffee. Better yet, just use Ceylon Cinnamon sticks.

For dishes like curry, it might be better to use sticks if you are planning to add aroma. But for flavor, it is better to use cassia. Remember that Cassia Cinnamon is only toxic when consume in high amounts every day. So, generally, it is not dangerous to have it once in a while.

Cassia Cinnamon types do not have a grading system. They are basically the outer bark of the cinnamon tree. However, Ceylon Cinnamon is graded according to thickness. The highest grade is Alba, which is only 0.2 cm. The second-best grade is Continental with 0.6 cm. The Mexican grade follows at 0.8 cm. While higher grades often signify better quality, all Ceylon Cinnamon came from the same tree and has the same content.

Apart from the thickness, Ceylon Cinnamon is also graded according to their foxing or surface damage. In Sri Lanka, superficial foxing (surface only) is called “Malkorahedi”, while heavily patched quills are categorized as “Korahedi”. Alba grade has zero patches. Continental grade (C1 to C5) may have 10 to 25% foxing. Mexican grade may have up to 60% foxing. Note that due to damage, the surface may turn brown or darker.

In Southeast Asia, Cinnamon trees are generally known as Caui Mana or Kayu Mani, which is translated as “sweet wood”. Often, cinnamon trees grow from 3 to 8 feet and have leaves with 3 main veins. It produces clusters of small yellow-white flowers and black seeds. You can plant it using seeds or cuttings, in semi-dry and well-drained soil with partial sun.

You can start harvesting branches of cinnamon when it reaches 6 cm thick and the outer bark is brown. After that, you need to scrape off the outer bark, then peel the inner bark layer by layer using a special knife. According to Sri Lanka’s Export Development Board (EDB) the layers are harvested in the morning and are covered to allow fermentation before being air-dried indoors for 4-7 days. The dried layers are pt together to form quills similar to a cigar roll.

I have recently purchased a cinnamon seedling (March 2022), which I planted on a pot. The advertisement showed it’s Ceylon Cinnamon but only time will tell. I plan to keep this tree small (3-4 feet) and add perlite to the soil for better drainage. According to online sources, it is best to wait for 4 years before harvesting. However, you should cut it back to 1 foot within the first 2 years to allow more shoots to grow on its side. The seedling I have are from cuttings. I will try to give an update in the future. 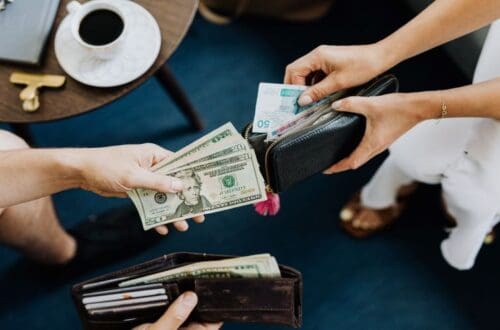 5 Steps to Enlarge your Psychological Wallet 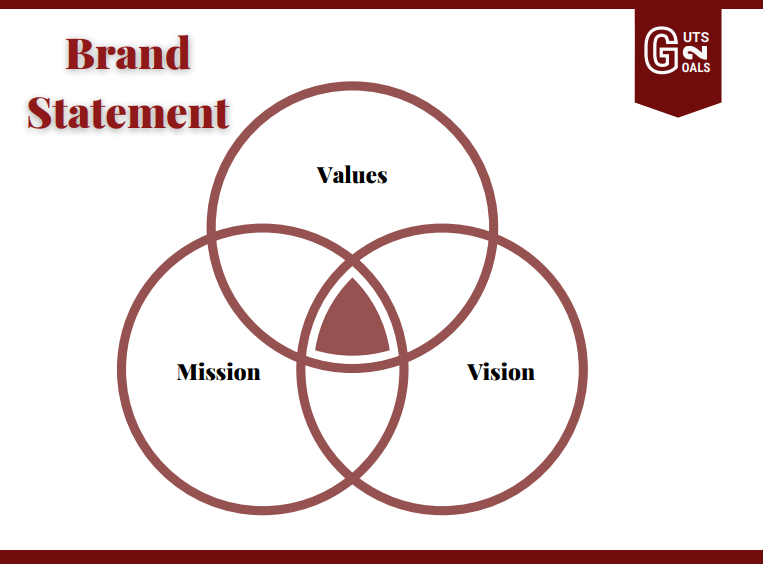 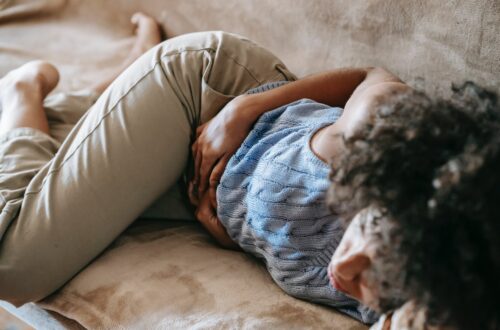 PCOS Symptoms based on Types